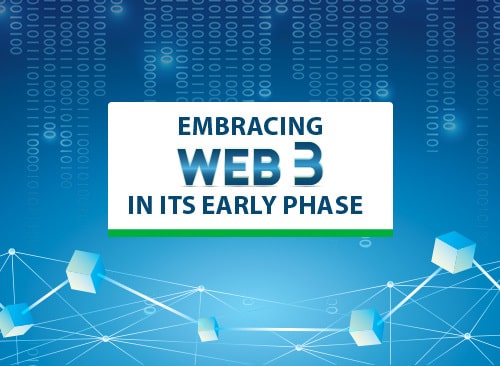 In the 1960s, two MIT grad students developed a thesis whereby computers could talk to each other. This idea was birthed in 1966 by the US Defense Department. It was called ARPANET, and most would consider it to be the birth of the internet. About 23 years later, the World Wide Web was born. Although we often use web and internet as interchangeable terms, the WWW is a way of efficiently accessing the internet. It’s what makes you able to comprehend the information on the internet. Now that the web is over 30 years old, it’s fun to look back at its evolution and to look forward at what’s ahead.

Understanding the Past Stages of the Web – How Did We Get to Web3?

The original web wasn’t called Web 1.0 until the second iteration of the web in 2004, but it refers to what we know as the first stage of the web. It was essentially static pages that delivered content to users. Personal websites were popular, but these sites were much different than the blogs we have today. Users could not readily interact with content, except through a guestbook page. Website content wasn’t stored in separate databases, as it is today. The content was accessed directly through the website files.

Web 2.0 is an upgrade over Web 1.0. Connection speeds increased. Developers gained new skills and learned how to offer new applications. While the transition to Web 2.0 was firmly defined by 2004, you can’t think of Web 2.0 as a formal technical update. There are many different aspects to Web 2.0 that defined the shift. Web 2.0 began to focus on user experience and user-generated content driving the bulk of content marketing. Facebook began in 2004 and is considered Web 2.0 technology. Other examples of Web 2.0 platforms are Google Maps, Wikipedia, and YouTube. Blogging platforms became more popular with Web 2.0. We are currently in this phase of the Web.

The Future Is Here – What Is Web3?

Web3 is a phrase that is being brandished around as the next revolution of the web. It’s said that we haven’t currently arrived in this phase, but we’re seeing some evidence of the change. The biggest aspect of Web3 is decentralization, leading to a more democratized web. In layperson’s terms, the goal is to give users more control over their data, instead of relying on search engines or social media for example. Another aspect of Web3 is artificial intelligence (AI) and the semantic web. Websites and applications are easily accessible by both humans and computers.

What Is Driving Web3?

In Web 2.0, companies track users and their data. In most cases, users had no say in how that data was used. The platforms owned and managed the data. Web3 is a transition from this to giving users more power over how their data is controlled. Cryptocurrency (virtual currency that is nearly impossible to counterfeit or double-spend) and digital assets like NFT’s, are all advancements associated with Web3. In Web3, users can create content and monetize it through blockchain and cryptocurrency. Blockchain technology is a secure form of recording information, making it difficult to hack or cheat the system. In many ways, the user interface of Web3 appears much the same as Web 2.0, but the difference is the backend of how data is controlled.

What Are the Early Trends of Web3?

Web3 may not be fully evolved, but we are seeing some changes in how consumers and developers act under Web3. The applications that are emerging are still in development. There’s been a transition of talent from the Web behemoths of the past two decades to start-ups who are embracing Web3 technology.

Many companies are embracing AI technology to be more productive and to provide a more personal experience to their customers. Amazon’s recommendations are guided by AI, as are Apple’s Siri, Google and Alexa. In Web3, more websites will utilize AI to provide more relevant information to the user. Chatbots are a great example of AI helping with customer service and delivering a consistent quality of customer experience.

3D websites that let users interact in more interesting ways are being pioneered as part of Web3. We’re already seeing 3D avatars on some websites. 3D technology is already used in map applications for geospatial context. Museums are using 3D technology in their guides to give guests a better experience. Under Web3, we can expect to see 3D images used in more applications. Think simple, think everyday, think timesaving, UX-enhancing interactive websites. Planning a kitchen design for example? You can ‘install’ your new kitchen virtually and finalize the design, materials, and layout before the renovation crew even arrives at your home!

Blockchain technology is what enables cryptocurrency to work. Blockchain is an immutable digital ledger that helps businesses, people or organizations exchange data or assets. This way of recording information makes it difficult to hack or change the system. Because blockchain uses a peer-to-peer network, users can transfer data, tokens, or assets between themselves without an intermediary. Blockchain technology is not hackable, or let’s say, it’s exceedingly difficult to break.

One good example of this advanced technology in use is a startup, Blockchain Home Registry. In the past, many homeowners have fallen victim to deed theft or home title theft. BHR is using blockchain technology to give homeowners a verified NFT and permanent record of their home’s transactions and documents.

NFT stands for non-fungible tokens. A fungible asset is one that can be readily exchanged for another, such as cash money, gold, or Bitcoin. You can trade a dollar bill for four quarters. When you borrow $100 from your bank, they don’t care if you repay it with $1-bills or $10-bills. Bitcoin can be traded for Bitcoin. One ounce of gold is generally equal to another ounce of gold.

Non-fungible assets are those you can’t trade easily. Diamonds, even those of the same size and weight, aren’t easily exchanged because the colour, cut, and grade determines worth. Non-fungible tokens are unique assets that have a market value driven by what the community is willing to pay. NFTs use blockchain to represent ownership

Many NFTs are digital assets, intellectual property, or digital art, but the NFT market is expanding into many areas, from gaming to Tweets. In March, an investor paid $2.9 million for a tweet made by Jack Dorsey. A piece of artwork from Beeple sold for $6.6 million. This is a brave, new world, but new entrants are welcomed with open arms. You just need a helping hand to guide you in the right direction. A digital marketing expert in the Ottawa area can get you started on your journey into Web3. 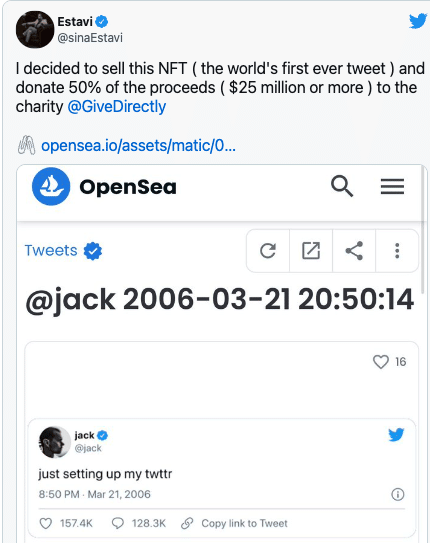 The Metaverse can most simplistically be explained as a 3D model of the internet and digital world using Web3 technologies, but it’s about extending the real world where our everyday real lives can be integrated with our online world (digital twin).We’re seeing it being used in virtual gaming, 3D training, shopping, and even the purchase of digital real estate as an investment or a place to do business. Facebook CEO Mark Zuckerburg enlightened this concept to everyday users when he rebranded Facebook as META making his mark on the metaverse.

Pros and Cons of Web3

Web3 is making technology more secure and empowering users in a way that has never been seen. The internet is more personalized. Users can share knowledge much easier. Data safety should be enhanced, because users could view their own data and no longer have to give out private information.

All this being said, there are downfalls that will need to be addressed. Some are worried that people will spend more time surfing – even living in the web – because the lines between the real world and digital world may be blurred under Web3. There is concern that newcomers to Web3 may be confounded over some of the technology. Those who do not have access to the higher progressed gadgets may be left behind. The security and ownership laws are outdated for digital assets.

Get Started in Web3

As mentioned (https://popupsmart.com/blog/web-3-0-marketing), Facebook recently rebranded itself to Meta to embrace this new evolution of Web3. Square changed its name to Block, to reflect a new focus on cryptocurrency. Leaders in the industry are getting their feet wet to adapt to changes. Web3 marketing is more about partnering with customers. One of the first things you can do to embrace Web3 is to stop looking at your customers as numbers, but as people who want the same thing you do.

The other thing to do is to start learning about blockchain technology and cryptocurrency. You don’t have to go out and spend a lot of money. Listen to podcasts or read websites, then go out and do. Learn how to invest in crypto, NFTs, and other digital assets. Read about the risks, to make sure you’re making good investments.

Getting involved in one aspect of Web3 can help you understand the technology and put it to use in your own marketing plan. This can put you in a position to be a leader in your industry instead of trying to catch up in two to three years. As you learn, you can brainstorm how Web3 fits into your business structure.

Talk to the digital marketing experts at WSI Ottawa for more insights on how your business can prepare for and take advantage of Web3. Contact us to book a no-obligation consultation.

Mark Jamieson has more than 20 years’ experience in sales and marketing. He is a co-author of WSI’s 3rd Digital Minds book, titled ‘A Strategic Approach to Connecting & Engaging with Your Customers Online’ and a managing partner at WSI eStrategies, an award Digital Marketing Agency in Ottawa, Canada.

Here are some other blog posts you may be interested in. 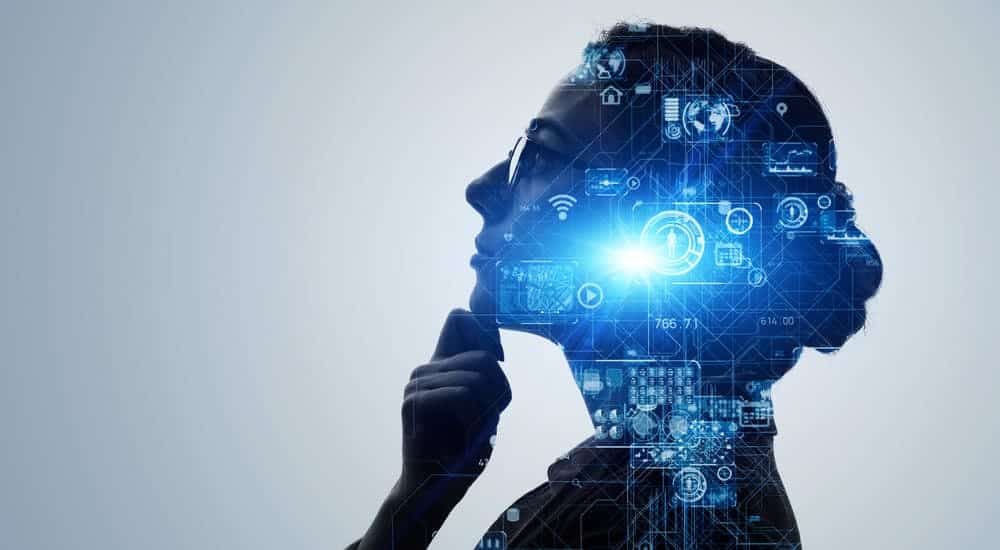 The Future of Marketing: 5 Predictions for the Digital World in 2023

From the growth of zero-click content to the potential demise of Twitter, here's what we're forecasting for 2023.

WSI Ottawa is a double winner at the 2022 WMA Awards 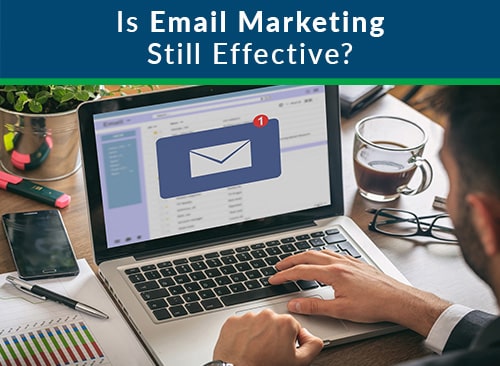